We have spent a total of two nights and one and a half days in Bucharest. We crossed the border from Bulgaria, town of Ruse, by a public bus, which actually turned out to be a small comfortable van that took us to the very center of the city, the Union Square.

After getting a local sim card, we booked a hotel right in the old town. Since those were my last two nights before going home I wanted something nice and booked what was allegedly a four star hotel, Old City Bucharest. Not sure according to which rating this was a four star hotel, but it wasn’t.  We had to carry our luggage to the 4th floor by ourselves; when we opened the closet it was not finished inside, half the wall was covered with sheetrock and half was bare. There were no shelves and no hangers.  But the worst part was that the a/c was not working properly and it was about 100 degrees outside. When we knowingly choose cheap accommodations we usually have no complaints because you get what you pay for, but in an instance when we do pay for something nice and not getting it its very annoying. So we did complain, a lot, and the next day they transferred us to a better room.

Notwithstanding the initial annoyances we were very impressed with Bucharest. First, we took a free 2 ½ hrs walking tour at 6 pm the same day, which I recommend. The tour starts at the Union Square and no pre-booking is necessary.  It was very informative – got an insight into Romania’s gruesome history starting with Vlad the Impaler and up to the execution of Ceausescu and his wife during the 1989 revolution. We also got a good look at all the major sights inside the Old Town. We learned that Vlad was not a real vampire…Just kidding, we already knew that. 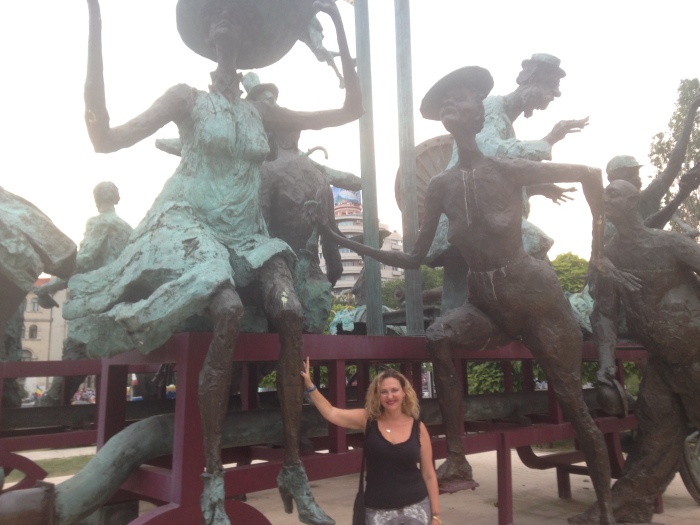 At night we were completely blown away by the intensity of the night life in the old town. I can hardly remember any other city that has the same intensity and amount of bars, lounges, restaurants, loud music and amount of people. I think it was more intense then New Orleans.

The next day we did a bit of Jewish Bucharest; went to two synagogues: Tailor’s, which was closed for reconstruction and the Choral Temple.  In Choral we listened to a presentation by a very intense fast talking guide and learned about the history of Romanian Jews. 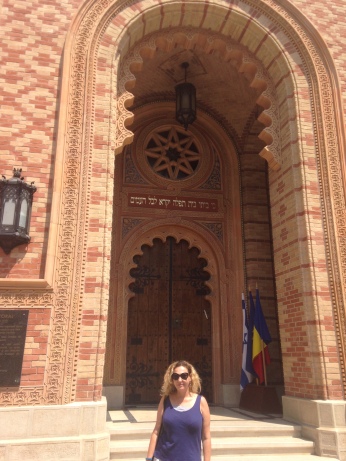 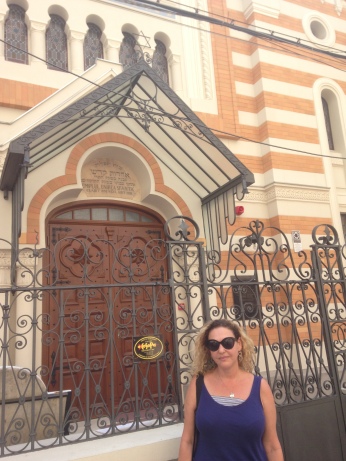 In the afternoon we went on a tour at the Palace of Parliament. The tour at the palace has to be pre –booked and we were lucky to get a spot the same day.  Usually they are booked up for several days. Also very important is to bring a passport otherwise you cannot get in.  By the way, the same goes for the synagogue.   The Palace is an enormous building second only to the Pentagon in Washington DC. It is so enormous that even our tour guide didn’t see all the rooms. Obviously it was built by Ceausescu and had costs several billion dollars which among other things was a reason for a financial catastrophe in the country, food rationing and poverty because all the resources went to pay for construction thereof.  At the present time the government is unable to maintain the building at full capacity; many rooms and halls are closed and the lights are dimed to save on electricity.  It is possible to rent a hall there for a private banquet or an event at a very reasonable price. At the end of the tour they took us to the balcony from which Michael Jackson allegedly said “hello Budapest” (instead of Bucharest) but actually he said it at the concert and not from the balcony. 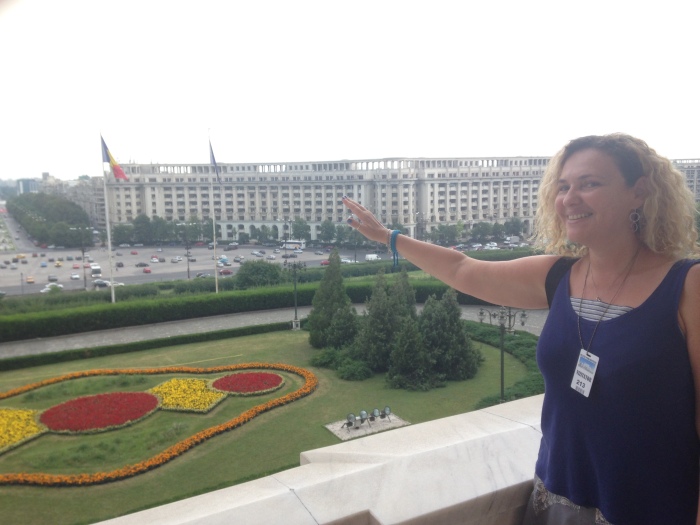 Palace of the Parlament

We had two meals in Bucharest during our stay.  The first was in the famous Caru’cu Bere. The restaurant itself is located in a historical building and is very beautiful inside but it’s too touristy, too busy and the service is not very good.  The food is ok but not spectacular.  I enjoyed much more the second place we went to the next day called Hanu Lui Manuc.  The food was better and the service is much more hospitable. I recommend the house wine which comes in one litter carafe…hence I don’t remember well the rest of the night.

The next morning we took a bus, also from the Union Square to the airport.  The bus takes about one hour and leaves roughly every 15 minutes or so. No reservations are needed.