Malta, the best hidden gem of the Mediterranean!! I have no idea why I have not been there sooner….  The island (actually two islands, Malta and Gozo), is a phenomenal combination of European and Middle Eastern/Arabic influences on local culture, food and language while being part of the British Commonwealth.

In order to understand Malta it is very important to read up about the Knights of Malta. The Order of Malta, founded as the Knights Hospitaller around 1099 in Jerusalem, is a Roman Catholic chivalric society that received the Maltese Islands in a perpetual lease in 1530 from Charles I of Spain in exchange for the promise of one Maltese Falcon a year.

The most impressive city in Malta is its capital, Valletta. I completely fell in love with it as soon as we got off the airport bus.  Ancient cobble stones, old mansions, medieval walls, outdoor restaurants and bars and lots of live music. Perhaps, the stars properly aligned that night: great warm weather, summer evening breeze, Friday and some national holiday all at once, but the atmosphere was intoxicating.

As soon as we checked into a hotel, took a quick shower and changed we rushed outside to catch on the excitement. Unfortunately, we stayed in Valletta one night only because the hotels there are very expensive, but we did take a walking tour and pretty much covered the city as we came back to it even when stayed in a different part of Malta.

Besides the sites covered by a walking tour, St. John Co-Cathedral is a must.  The Cathedral is divided into several sections each belonging to the Knights of different origin and commemorating notable Knights of their respective nationality.  For example: there is a section of the French Knights of Malta, the Spanish Knights, the Italian Knights, etc. Each group seems to be trying to outdo each other: huge amounts of gold, precious stones, burial stones and sculptures very densely placed in limited space and the effect is so overwhelming that at some point I had to walk out to take a breath.

Besides the main part of the cathedral, there is a hall with famous paintings of Caravaggio (Michelangelo Merisi da Caravaggio), who I was surprised to learn was also a Maltese Knight at some point of his life before being expelled from the Order for bad behavior.  He lived and worked in Malta for several years and this is how they have collected a significant body of his works. It is very important to check the limited operating times for the Cathedral because operates on limited schedule.

Besides Valletta it is also advisable taking a boat across the bay to the Three Cities: Vittoriosa, Senglea and Coscpicua. There is not much to do there except walking the ancient streets and seeing the Inquisitor’s Palace in Vittoriosa, but what is important is being able to see Valletta from the bay as you approach it on the boat.  The view is as magnificent in real life as in photographs. 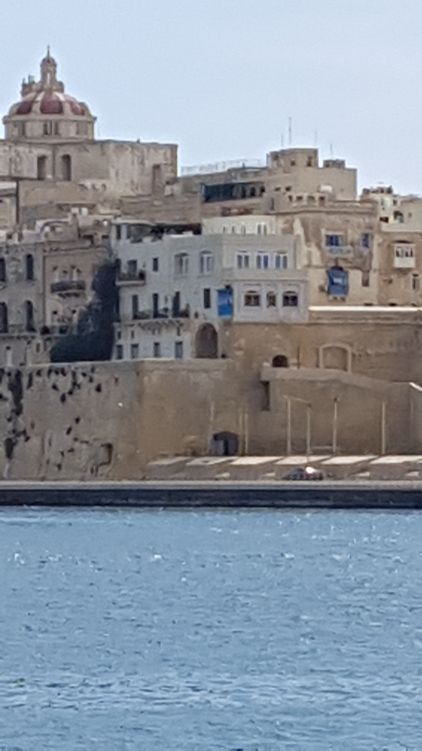 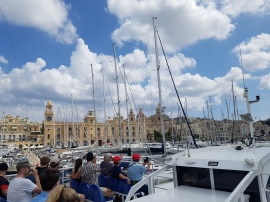 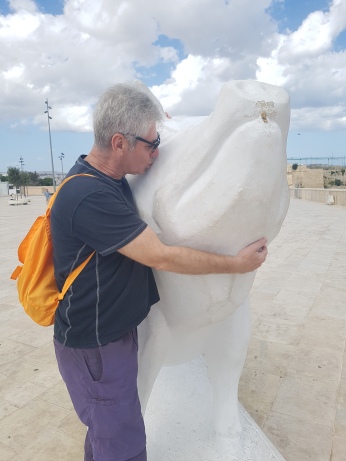 A little more south there is the Hal Saffieni Hypogeum, an underground necropolis and an archeological site. There is a pretty informative video at the site as well.

For night life I recommend the Strait Street, Kennedy and Alchemy Bars and the Bridge bar. All have live music and don’t forget to drink Aperol Spritzes.  For dinner we liked Trabaxu, a restaurant and a wine bar. 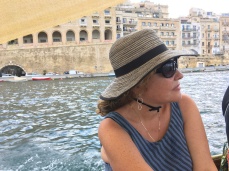 The next day we moved to the town of St. Julian’s which we didn’t really like and the neighboring Paceville which was supposed to be the center of night life was disappointing: a very loud very college student hangout.  We ended up in a very nice and swanky bar at the Hilton hotel next door.

A word about transportation: Malta looks tiny on the map and is supposed to have a very good system of public buses. Also, since they are British, they drive on the wrong (!!) side of the road and therefore at first we didn’t want to rent a car.  However, because the roads are narrow and the stops are frequent, public transportation is not that convenient.  Plus, no matter where you want to go, you first need to take a bus to Valletta central station and from there catch a bus to your destination which makes it a very long journey.  So finally bf agreed to rent a car and our possibilities amplified.

On Sunday it’s a must to go south to the village of Marsaxlokk for Sunday fish market and seafood lunch in one of the restaurants across the waterfront while looking at the famous colorful Maltese boats. The food is delicious and portions are large.

A nearby St. Peters Pool, a natural body of water among the rocks is a great place to swim and to work out an appetite.

The next day we moved northwest. First we stopped at Golden Bay where we took a short boat trip to some cave and then spent some time at the nearby Radisson Blue Hotel beach pretending to be there guests.

In the afternoon we drove up to Rabat and Medina. Medina is a walled up medieval tiny city, while Rabat, sprawled across the street, is also extremely charming with its narrow streets and Maltese balconies. We rented a beautiful room overlooking the central square in Rabat and I wished we had more time to stay in the area. Both Rabat and Medina are picturesque and reminiscent of Morocco and maybe a touch of Nazareth,

The next day we took a walking tour of Rabat and learned some more of the history of Malta and its knights and the gruesome story of St. Agatha who at some point found a refuge in Rabat. St. Agatha, a 3rd century martyr was tortured, her breast cut off before she was burnt at the stake. In a bizarre tribute to St. Agatha, the area’s local sweet is a cake in a form of female breast to commemorate St. Agatha’s breast that was cut off. We didn’t try the cake and found the idea a little macabre…

Both towns have plenty of bars, restaurants and nice hotels and rooms to rent. We had dinner at Fontanella Tea Gardens, the food is so-so but the views are great.

The next day we drove to Gozo, a sister island, by taking a 25 minute ferry across the channel.  Gozo is extremely tiny; the roads are very narrow, so much that at some point we couldn’t get to our destination because a truck was blocking the road. The capital of Gozo is Victoria, but the locals call it Rabat, which can be confusing with the other Rabat.

On the way to Victoria we stopped for some wine tasting at tal-massar winery in the village of Gharb.  The wine is a little too mineraly for my taste but the location and the views are beautiful and the entire experience was very pleasant; definitely worth an afternoon.

The main attraction in Victoria is its citadel, another medieval caste with museums, shops restaurants and plenty of history. 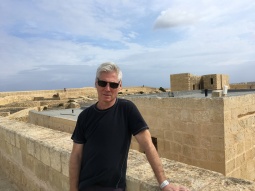 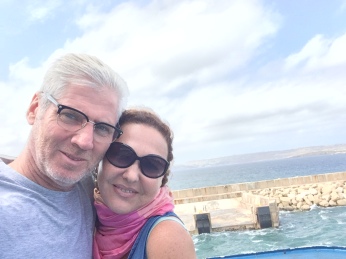 At that point the plans started to go south because of the weather. And this is a very important lesson for tourists in Malta: you must check the weather forecast for your stay in Malta.  I didn’t.  Turns out that when the weather is bad or just too windy, the boats don’t go out to sea. That’s why we never got to the Blue Lagoon nor took any other boat tours around Gozo as planned.

We had a very nice seafood lunch in the village of Xlendi but couldn’t take any of the boat tours and finished the afternoon in Dwejra, the site of Games of Thrones for the Dothraki wedding in the first season. Unfortunately the famous Azure Window has collapsed since then but nevertheless the views are still spectacular. There are also boats available to go thru a 100 m tunnel over an inland lagoon.  The trip takes about 15 minutes and is available even in bad weather since it is inland. 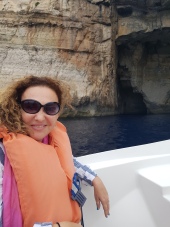 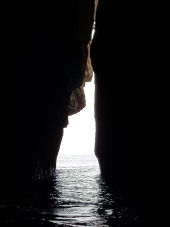 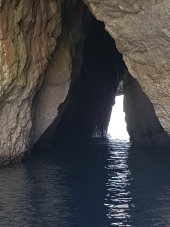 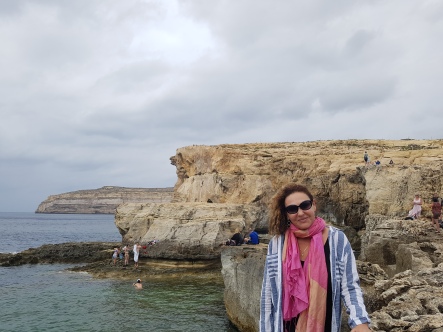 Since there was nothing else to do because of the weather, it was beginning of a bad storm, we went back to Malta and checked into a hotel in Sliema. We liked Sliema much more then St. Julian’s; it has a wide boardwalk overlooking the bay and its numerous boats and has a much bigger varieties of bars and restaurants. It is also closer to Valletta where we spent our last day before departure.

4 thoughts on “A WEEK IN MALTA”